Forensic odontology or forensic dentistry is the branch of dental sciences that delves into the identification of human remains from teeth, assessing age of a living or dead individual using dental tissues and investigation of bite marks caused in certain types of crimes. So, basically the subject spans a wide range of legal issues where teeth serve as evidence.

In January 2006, the SDM College of Dental Sciences began setting up an exclusive Department of Forensic Odontology – a first of its kind venture in India. It started with the procurement of basic equipment and proceeded to renovation and expansion of the department in 2008.

In December 2008, the college made an application to the Karnataka Government for recognition as a State Referral Centre for forensic dental cases. Considering no other such facility in the state (or the country) existed at the time, recognising the growing importance of this field and following due scrutiny – including inspection by Karnataka Director and Deputy Director of Medical Education – the college was recognised as a State Referral Centre for forensic odontology cases in October 2010. This paved the way for government agencies such as the police and other departments to utilise facilities in the private sector for the benefit of public.

In the last decade the department has seen a steady rise in forensic consultations and cases referred by the police, government organisations and private citizens. This includes age-at-death estimation, sex identification of skeletal remains, age assessment in living children and adolescents, bite mark investigation and other identification-related queries. Some of the high-profile cases in which the department has played a key role in investigation – such as the Annigeri skulls’ investigation or the Nirbhaya case – is a matter of public record. 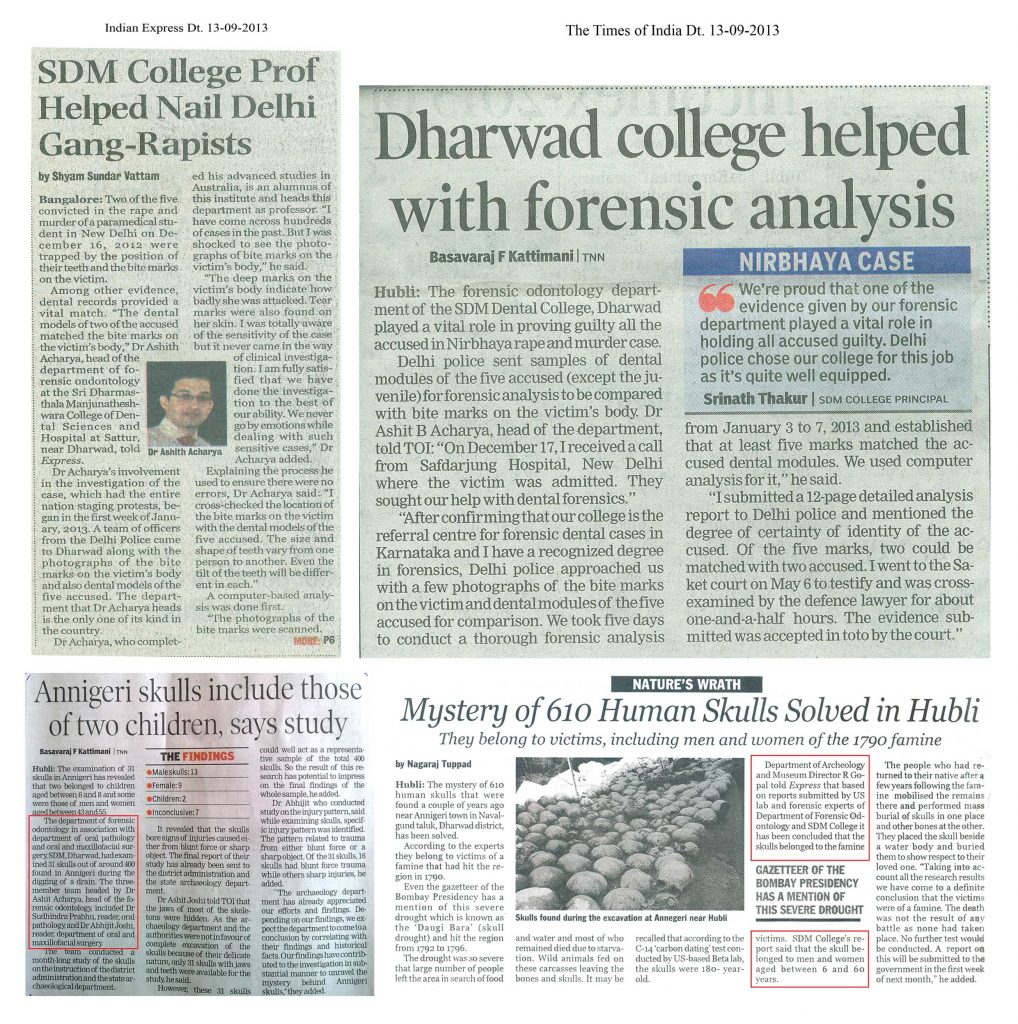 Professor and Head of Department

Prof. Ashith B. Acharya is an alumnus of this institution having graduated in 1999; he completed his training in forensic odontology at the University of Adelaide, Australia, in 2001 and returned to Dharwad in January 2006 to set up forensic odontology. He is India’s first certified forensic odontologist and one of just two Dental Council of India-recognised forensic odontologists in the country. He teaches undergraduate students, guides postgraduates in research presentations and MDS dissertations and renders opinion and analysis in cases referred by police. A researcher par-excellence, his papers are routinely published in top forensic and dental journals (https://scholar.google.co.in/citations?user=st51scAAAAAJ&hl=en).

As part of the forensic odontology initiative in SDM College of Dental Sciences, a comprehensive undergraduate teaching programme has been in place since 2006. This is in tune with the Dental Council of India’s revised curriculum of 2007. Theoretical and practical aspects of forensic odontology is covered as part of Oral Pathology (in III BDS) and Oral Medicine and Radiology (in IV BDS). An elective which focuses on case-based learning and analysis is organised for interns. The topics covered for undergraduates include:

At the end of the teaching programme, the undergraduate student is expected to develop the following competencies:

In addition, students are encouraged to undertake research in the subject and present their work in conferences and publish the same in peer-reviewed journals of repute. To date, numerous undergraduate posters and papers (related to cases and research) have been produced, all of which have been presented in either national or international dental and forensic conferences. 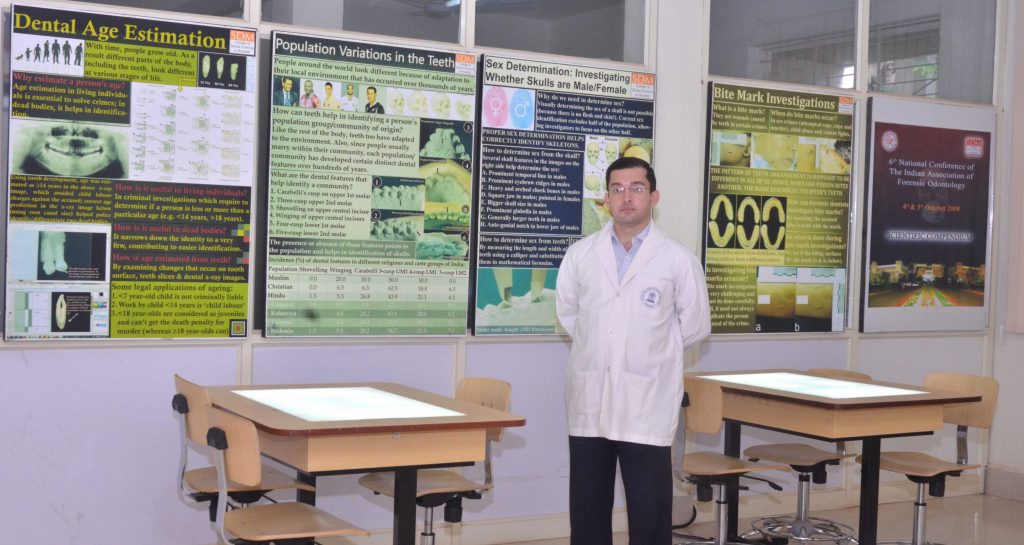 While an exclusive postgraduate MDS course is not offered (since the provision for the same does not exist in the Dental Council of India curricula), MDS students from a variety of departments seek and are encouraged to learn the subject: 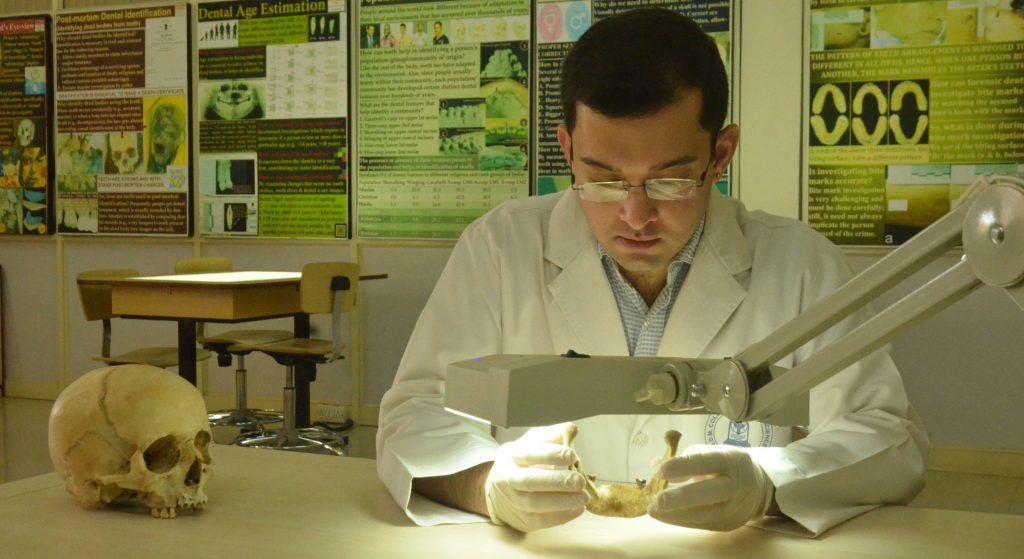